You may have some questions about this upcoming program- I will try to answer some of the most pressing questions you may have.

Who is Ambassador Keith Harper?

Amb. Harper was a lawyer, professor, judge, and advocate for indigenous rights before he was confirmed by the US Senate nearly two years ago. As a Cherokee Nation citizen, he was the first Native American to rise to the rank of ambassador. An incredible accomplishment!

What exactly is the UN Human Rights Council?

Which countries make up the HRC?

The HRC is comprised of 47 member states from five geographical areas. Each member state is elected to the HRC and serves for a three year term. Here is the full list of member states.

How does the HRC promote and protect human rights around the world?

When the HRC was created in 2006, it was important to maintain the successful diplomatic tools that monitor and report abuses around the world that were part of the UN Commission on Human Rights. Some examples of these tools include focusing on special procedures, assigning special rapporteurs to country-specific or thematic issues, and working with the in-house think tank called the Advisory Committee to acquire meaningful research.

Perhaps the most important tool created under the HRC is the Universal Periodic Review (UPR). Every 4.5 years, each UN state’s status of human rights is reviewed. Other states have the opportunity to comment during the review and make recommendations. What is particularly unique about the UPR, is civil society is invited to participate in the adoption of the UPR report. This gives organizations the opportunity to raise concerns and make recommendations. States are then expected to implement the recommendations from the UPR report and their efforts will be evaluated the next time they come under review.

What are some of the critiques of the HRC?

One of the major criticisms is that countries with appalling human rights records are not only allow to participate on the HRC, but can take leadership roles. This is one reason the US chose to not seek a seat on the HRC under the Bush Administration.

A recent example of this occurred last year when Saudi Arabia was selected to chair an important panel that chooses experts on human rights issues. At the time of the secret panel election, the world was outraged at Saudi Arabia for sentencing a free speech blogger to 1,000 lashes and for its other human rights abuses.

How has the US’s participation changed under the Obama Administration?

In 2009, the US was elected to the HRC, reversing the Bush Administration’s policy, and re-elected three years later. This year, the US is taking a mandatory year off of the HRC but is still very much engaging with the member states to shape policies.

What is the US’s role in the HRC this year if they aren’t on the HRC?

In January of this year, the UNA-NCA hosted an event with event with Dr. Wesley Reisser, Officer at the US Department of State’s International Organizations Bureau. He explained that even though the US will be taking a year off from the HRC, it will certainly be a working holiday. It is my hope that Amb. Harper will elaborate on how the US will continue to influence the HRC during this “off-year.”
To learn more about Ambassador Harper’s work and the UN Human Rights Council, please join us next week at the American Foreign Service Association. Amb. Harper will share his experience and thoughts on UN human rights activities and US policies. Do you have a question you would like to ask Amb Harper? Tweet your question to @unanca and we will try to answer it during the program. 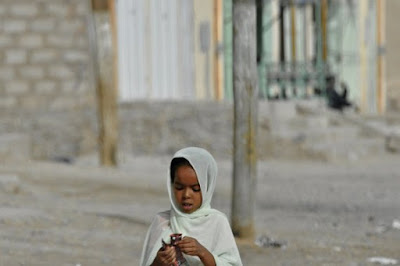 In the face of enduring global imparity between the genders, the United Nations’ Commission on the Status of Women (The “Commission” or “CSW”) has fought for decades to make half the globe equal to the other. This past March, more than 80 government ministers and over 4,000 non-governmental representatives from 540 organizations participated in this year’s 60th Annual Commission on the Status of Women (“CSW60“) at UN Headquarters in New York City. Given the continued struggle to achieve global gender equality for more than half a century, we may safely assume something has been missing.